In honor of yesterday’s holiday, here’s another example of one of the unexpected obstacles that crop-up during film production – especially one as technologically dependent as The Price!

While opening a file I hadn’t worked on in some time, I was met with this heart-stopping notification:

It happens when a program (in this case, Adobe After Effects) can’t find the files in the location where they were stored the last time AE used them. Why does this happen? Usually it’s because the user has moved them.

You know those boxes in your garage – the ones that stack-up over time until you are finally forced to dig them out and spend tedious hours going through their seemingly endless contents? It’s exactly the same with a computer, whose storage has limits and needs to be managed. So you move things around in an attempt to make more room, hopefully getting rid of all of the unnecessary stuff in the process. Also, hard drives can wear out unexpectedly, making backups and periodic hardware upgrades an important safety precaution to help avoid catastrophic data losses.

In this case, it was slightly more… complicated. Way, way back on April 6th, 2011, I posted about receiving a Drobo storage device, a file backup system with a special RAID configuration that would copy the data over 8 separate drives so that even if 2 of the drivers were to fail, nothing would be lost.

All had been working well until an unforeseen power outage crashed the Drobo and corrupted the file storage system, meaning that the “directory” for where everything was stored was now unreadable across all 8 drives!

Luckily, I had been building a new backup system because (like me), the old one was starting to show signs of age. I had already transferred many of the files, but “the great exodus” was still in progress when the Drobo went down. 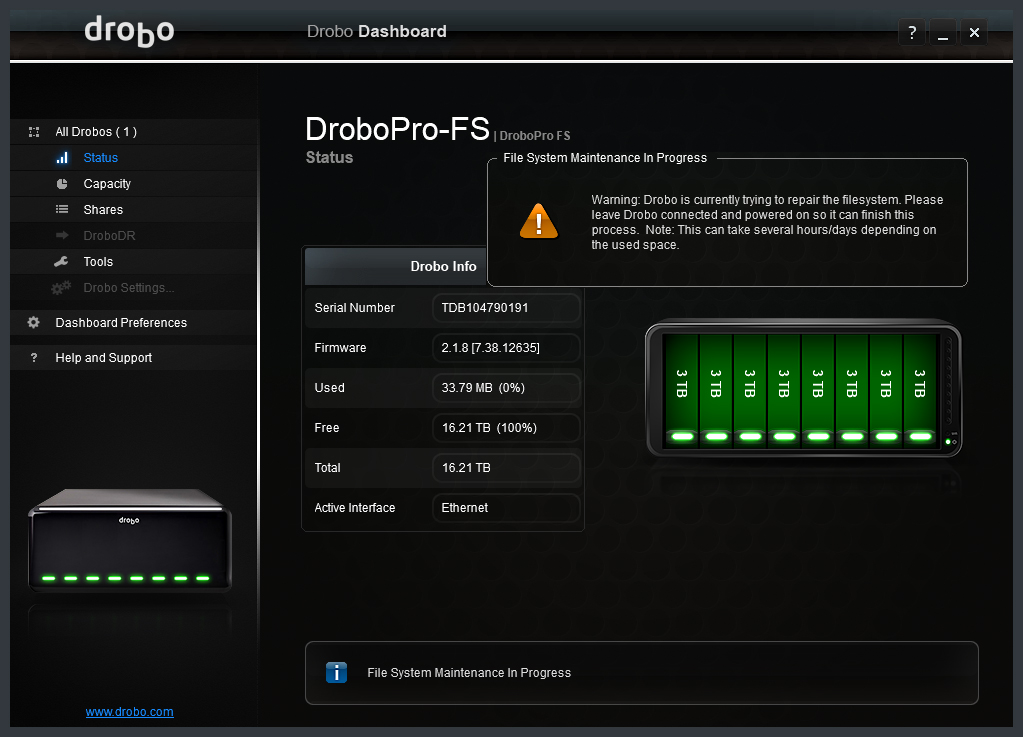 I immediately began the long and protracted process to recover its File System (which takes upwards of 3 months to complete, and I’m now on my 3rd attempt); for now, I have to deal with missing file situations as they pop-up.

Thankfully, in this instance I was able to locate the source file for the missing animation, and with a little effort was able to reconstitute the sequence (while actually improving it as a bonus). Here’s a look at the shot (it’s actually the first time you get to see “The Narrator” in the film):

The moral of the story is that the Boys Scouts got it right: Be Prepared.

14 Responses to Labor (Day) of Love