On Needing A Bigger Boat

First and foremost: Happy Birthday Neil!!! And a Happy Halloween to all of you!!! (Yes I realize I’m late on both counts; 5 days on the first and 15 on the second, but what can I say? That seems to be how I roll…) And to celebrate, here is a new image you can use as a desktop, featuring our intrepid hero know simply as The Black Cat: 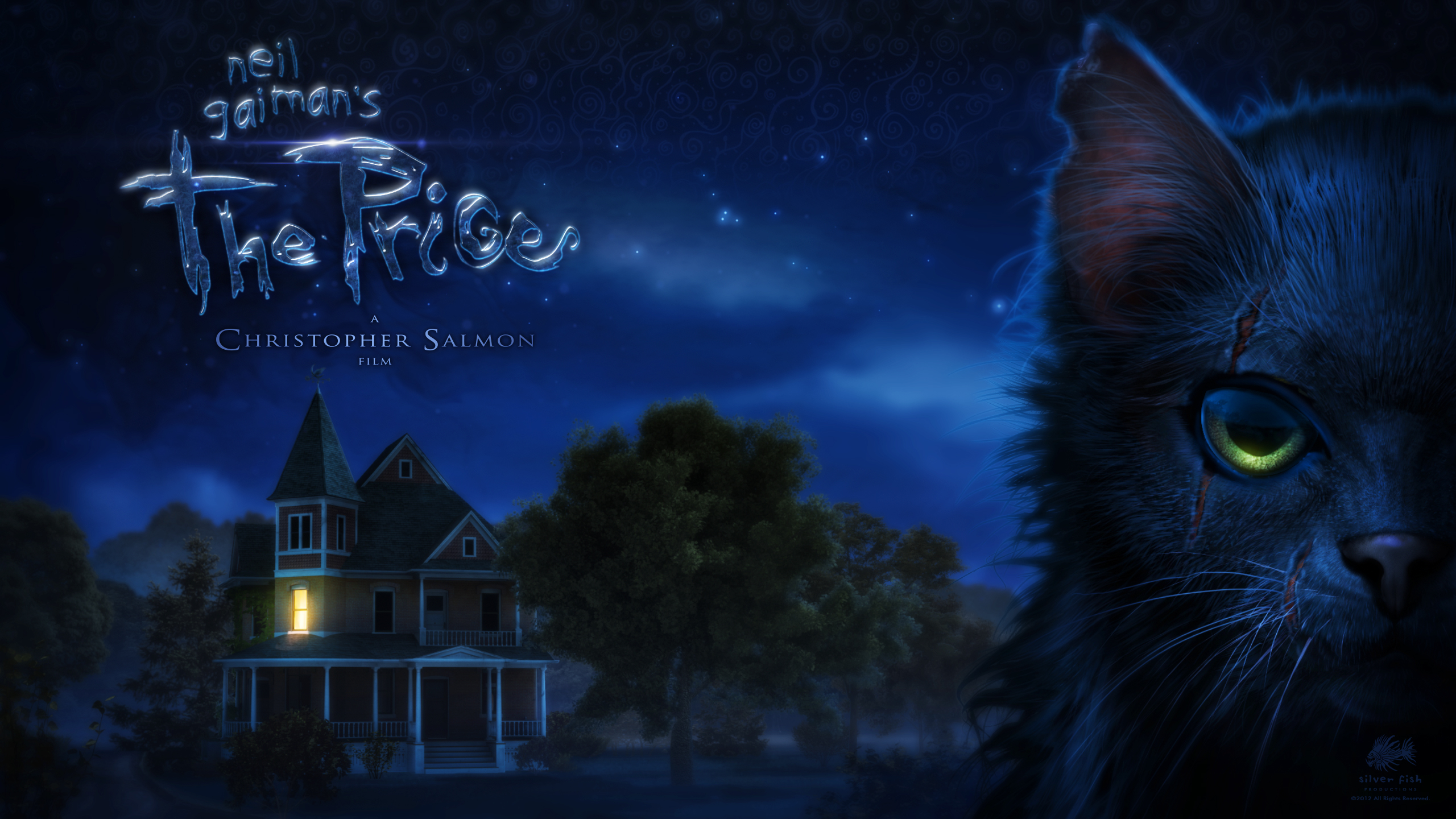 I hope you enjoy it. Now, by way of explanation:

I’ve resisted posting anything for the past several months, worried that the stress and anxiety I have been wrestling with might spill out through my words and taint the flow of positive energy all of you have so generously radiated since this project began.

Despite knowing that there are many people who are interested in all aspects of the creative process (including the downs as well as the ups), I was hesitant and unsure of how to share.

Inspiration came after watching the beautifully restored BluRay release of  Steven Spielberg’s  Jaws.  I found myself thinking again about the relentlessly brutal series of events and intense conditions under which this still-astounding piece of entertainment was crafted; I am more stunned than ever that it was even finished, let alone being one of the greatest motion pictures ever made.

How did this happen? Well, the behind-the-scenes story is told in lavish detail (thanks to the many wonderful supplementary features), but merely adding up the seemingly endless list of problems, setbacks and obstacles that mired the production from start to finish still doesn’t provide any  genuine, plausible explanation for why the film turned out so incredibly well.

I think it has a lot to do with the principle of resistance. If you try to push forward and something pushes back, you have to push harder. This works for building muscles, solving  problems, and invoking creativity. If you truly want to accomplish something, all the opposing force can really do is help you discover how strong your passion actually is.

My experience with any creative endeavor is that at some stage (usually well past the half-way point), what you have so carefully been constructing from the images, ideas and inspirations that have been swirling around inside, suddenly and inexplicably comes crashing down all around you! It seems to be the worst possible thing that could have happened, and always at the worst possible time.

And you just can’t believe it. You stare stupidly at the wreckage of what was once so full of promise, trying to grasp just what happened and far too stunned to consider escape from the black wave of despair that comes thundering down.

If you have ever experienced this, you’ll know I’m not exaggerating how awful it feels, but it is only a part of a larger process. It’s resistance, and while it usually comes at you in smaller chunks all along the way, invariably there will come that particularly vulnerable moment when — WHAM!!! — and it’s all gone…

But the good news is: it isn’t really gone. After the smoke has cleared, and you find the courage to go back and pick up the pieces, you begin to see how they might fit back together again — perhaps in ways you hadn’t even considered.

What I’m saying is that while this stage of the creative process may not be much fun, it almost always proves to be the most pivotal, maybe even the most crucial. If you can pull your project back from the edge, you will have developed the strength to see it all the way through.

I’m no longer as shocked when that break-down point arrives, but I find it still corrodes my resolve, especially when that period drags on and on…

Which brings me to our project, The Price. I started thinking seriously about adapting Mr. Gaiman’s potent little gem back in December of 2005 — seven years ago! And despite the heady rush of almost unbelievable good fortune I’ve experienced, the crash-and-burn this time around has been by far the most devastating.

Why so über-bad? I’ll invite you to draw your own conclusions to that one, but I personally believe it has something to do with balancing out the potential of the final piece…

So what happened? You can start with a variety of technical problems that have taken an obscene amount of time to resolve, then somehow no longer appear to be completely resolved. Let’s try another way around —  here? Nope, that’s blocked too. How about this way? Sorry. That way? Nay. Ugh!!!

Then there have been personnel problems, and while having a couple of guys not work out the way you had hoped doesn’t sound all that catastrophic, in a team comprised of only six — well, those are pretty bad odds.

In short, the last 10 months have been a very difficult period for the production, and an extremely difficult one for me. And yet…

Wonderful things have happened! New software and new technical solutions have been created, or in some cases evolved into  much more useful creatures. Designs have had time to mellow and artists have had a chance to go back for another pass (unheard of in most situations). New people have come onboard and brought their unique quiver of talents with them to share with the wonderful stalwarts of my little team. And most importantly, those precious lightning bolts of inspiration continue to flash, revealing new ideas and solutions, illuminating the way.

What I’m trying to say is that the dark cloud of discouragement has finally begun to break up as shafts of hope pierce through its mangy hide; we’re past the worst of it.

And I’m still here, still wildly in love with this story and my imagination still thrumming with the visions that keep me pushing back. The boat is big enough.

65 Responses to On Needing A Bigger Boat